Growing the game part 2 in Connecticut!

Great story on how they have grown the game in Connecticut. What a cool rink! The sides of the rink are open air. Check out the fog pic below. Broomball.com is hoping to do a number of blog posts to help players grow the game. If you have a story to tell, please reach out via messenger, email or phone.

My name is Chris Sebas from Barkahmsted, Connecticut and I’m obsessed with broomball! I joined a small league in Simsbury CT about 10 years ago after a friend of mine who has been playing off and on for years introduced me to it. I was about 27 years old at the time and had never heard of broomball before but was certainly interested having played youth hockey growing up. I was recruited on the team and instantly hooked after my first game only to eventually take over as team manager a few years later. I’m not exactly sure when the league was formed but I know for a fact my former team manager who still plays on the team started playing in 1983. Yup he’s over 60 years old and still kicking butt out there! The league has obviously been around for quite some time and has gone through its fair share of turnover but never seemed to have any issue recruiting people. The teams usually consisted of former hockey players and everyone knew everyone type of deal so it was never an issue recruiting players. But people’s lifestyles and commitments change as they get older and the crowd gets thinner. So it was time to put on the thinking cap and try to spread the word.

Our league has consisted of 6 teams for the past 10 plus years with usually a minimum of 12 players on each team. Players must be 18 years of age and high school graduate. Our rules are not your normal USA Broomball rules and it still changes from time to time but for the most part has been the same format for as long as I started playing. Games consist of 8 players (including goalie) on the ice per team with a minimum of 3 female players on the ice at all times. A female player can sub in for a male but not the other way around. This is a coed league and we want everyone to have enough ice time and enjoy it. Because we have more people on the ice at once we play a different style off sides and set a little bit stricter rules. People’s safety is important to us as this is for fun and we all need to make it to work the next day. No playing down, high sticks, high lifts and no going in the crease and more. Our nets are much smaller than most and we recently upgraded to a 4 x 6 net which has opened up more scoring while keeping things safer. We keep the nets lower to help eliminate high lifts and chances of high sticks near goal. Rather than hiring refs for our games we come up with a ref schedule and have 2 people from each team ref the games. The refs can be different people for each game or decide to ref every game that is on their schedule. That’s a decision that the team manager needs to make with his team. The format seems to work for us but we’re always open to suggestions as long it keeps the game safe and fun.

I started to notice over the past few years that some teams were struggling with keeping players and recruiting new ones. That’s when I decided to create the Facebook page CT Broomball. We had always wondered if there was other leagues close by but after doing some google searches very little information came up. It was even very hard to find our league under a google search. So I put together the Facebook page and started posting pics here and there. This had to be a better way of reaching people. More people started to join the page and before we knew it a new world of broomball had fallen into our laps. We now have other leagues from all over inviting us to come play in tournaments to individuals lining up to join our league. We went from having a potential shortage of players or loss of teams to having to tell people sorry the teams are beyond full. Not a bad problem to have I’d say. Eventually I think we would all like to expand to more teams in our league and I’m sure that time will come but for now I think we’re all just enjoying our thriving 6 team league. Most of us having been playing together for quite some time and rivalries can certainly build but the main goal we all have is keeping it fun on and off the ice.

We decided to try something new last year after an invite from another team that puts on a 2 day tournament in Boston. We ended up taking players from our 6 teams to create one fantasy team and head up to play. We were totally out of our element but we had such a great time and plan on going back for as long as they have the tournament. But without the Facebook page we would have probably never found out about this tournament or other leagues close to us. We have now been able to make new friends throughout the broomball community and be able to follow all of their content. It’s certainly a sport that brings people together and has you hooked for life. I by no means run the league as everything is done by a popular vote but I just wanted to be able to give back to my league that’s brought both my wife and I so much joy over the past 10 years. My team has been around for over 20 years and I made a promise to keep it going and hand it down to the next person and I know we all would like to do the same for the entire league. 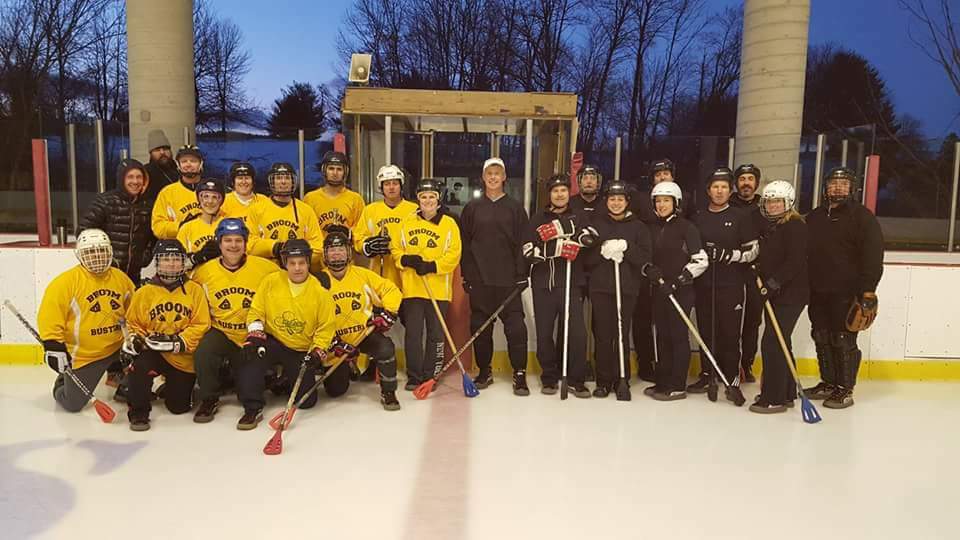 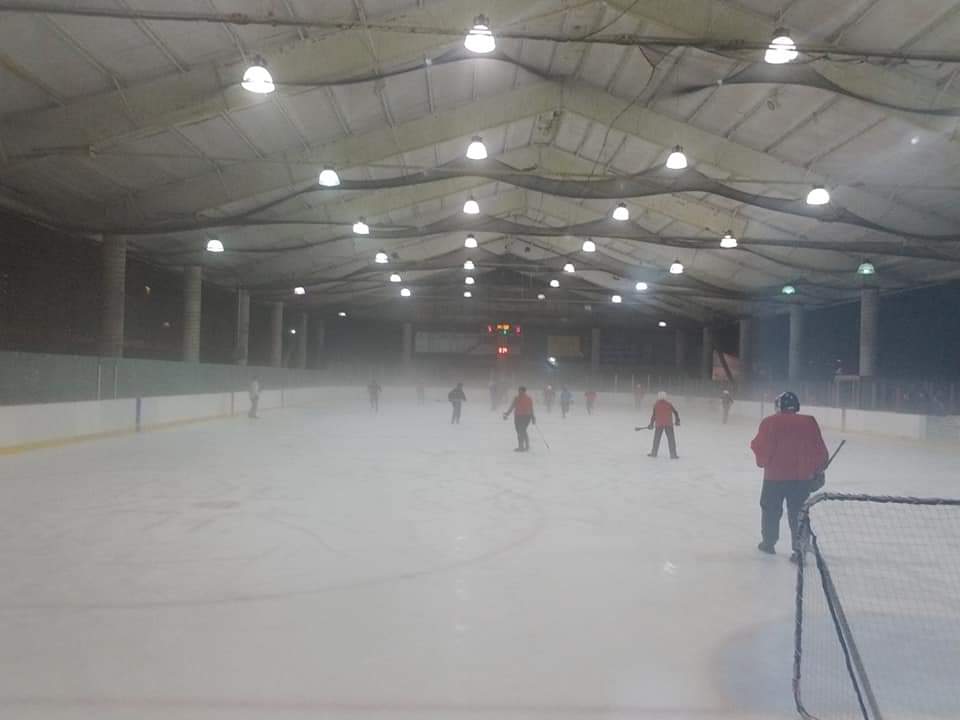