Let's talk brooms. Wood or aluminum? They are both good choices. I attended the Canadian National tournament in 2008 and I would estimate that 20-30% of the players were using a shaved handled wood broom. One of the best players that I ever played against in our Duluth league used a Dgel Ultralight wood. The price point (under $25) brooms are made with a thicker and heavier wood shaft and are more durable than the shaved handled brooms.

The life expectancy of a broom is anywhere from 1 minute to 10 years. All it takes is one slash or one hit to a goal post to weaken, break or bend a broom shaft. This is why manufactures will not warranty brooms. This is also why I suggest brooms that are priced $50 or less. Brooms will break. They live a tough life.

Aluminum brooms vary in price from $24.99 to $139.99. As you go up in price, your strength will increase slightly and your weight will decrease slightly. Less weight means that you will have increased broom speed when it comes around and strikes the ball. This normally means that you will shoot the ball harder. Broom head speed is just one of the factors in a harder shot. Like anything else strength, mechanics, and practice are also very important.

Carbon fiber shafts are the lightest on the market and not as strong as high end aluminum brooms.  Unbelievably light and expensive to replace.  I used the carbon for years and actually broke two in one tourney.  Expensive, but if you want the lightest broom with lots of head speed, carbon is the ticket.

Broom heads are made out of rubber and some are harder than others. In general the price point inexpensive brooms have a harder rubber head that is closer to plastic.  The plastic head is very durable and great for recreational play. I do not recommend it at higher levels. For passing and catching passes, you want a rubber head that grabs the ball.  Curved brooms have been very popular the past few years.  They really do help with flip passes, but will take some time to adjust shooting with them.  I suggest only cutting one corner of the broom. That corner is the bottom of your broom.  Be careful with all broom heads in cold weather. All broom heads will harden in colder temperatures and may break if the broom head strikes the ice.

Broom length is also important. The standard length for brooms is 46 inches. This is the proper length for 90% of broomball players. Sometimes a shorter player is more comfortable shortening the broom.  You can shorten any broom.  Pull off the end cap, cut it down and reinstall the end cap.  Long brooms have become more popular now that they are offered by most of the manufactures.  The longer broom increases your reach and is nice for poke checking the ball away.  My son is a Junior Hockey player and uses a long broom and stick handles like a hockey player with a broomball.  He does not have a booming shot, but if it helps you stick handle around everyone, you will not need a heavy shot.

Finally, you should tape your broom.  Most leagues require you tape around the shaft and head to prevent heads from flying off (max of 2 inches or tape).  You should also tape the end cap on and wrap a grip.

From Blue Ox: We get asked a lot if a heavier stick shoots harder. Here is the answer:

So, both more stick weight and faster swing speed make your shot harder--but the important thing to notice is that velocity is a much bigger factor (because it is squared in the equation). So the hardest shooting stick for you will be the heaviest one that doesn’t slow down your swing speed. 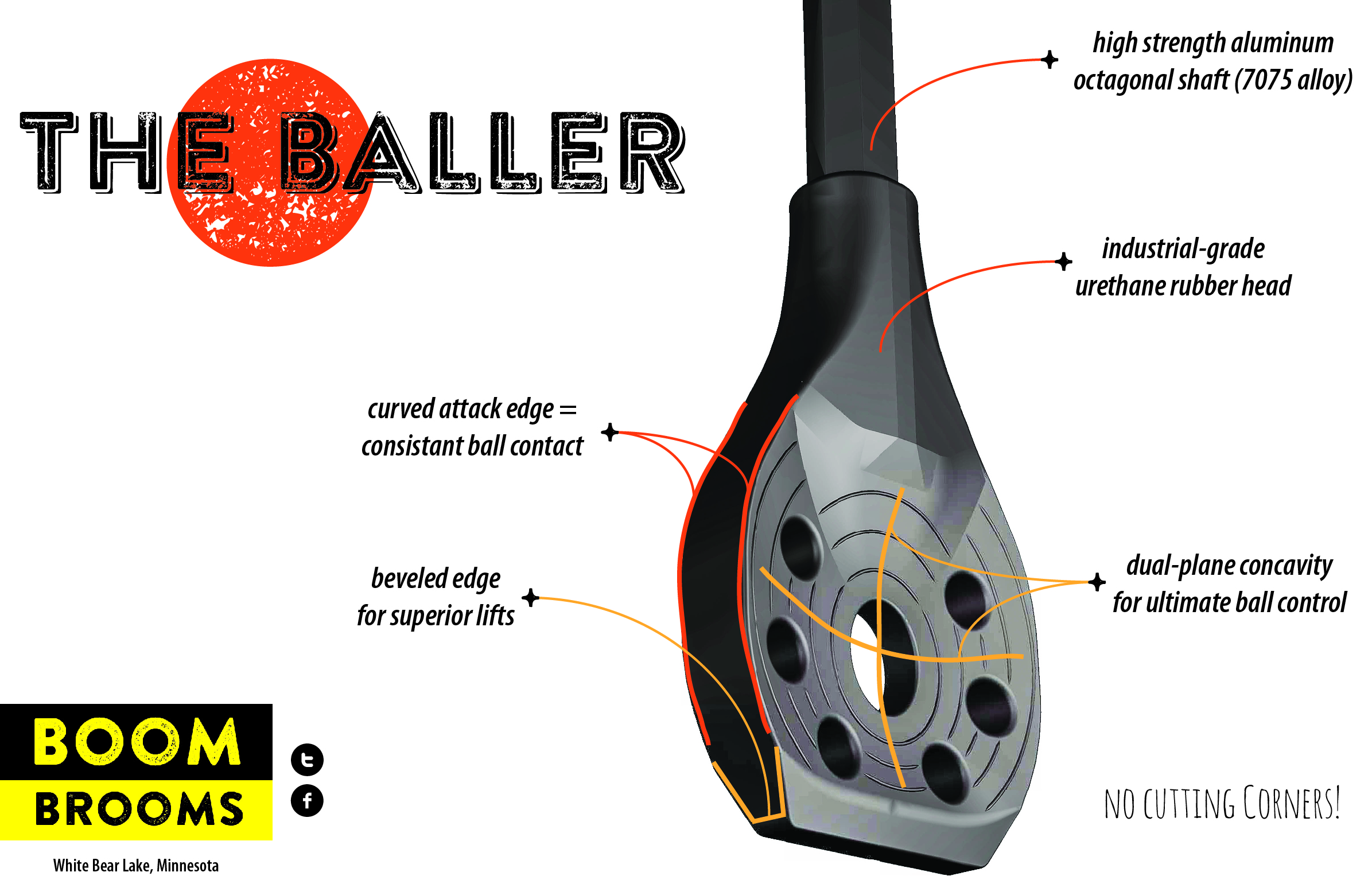 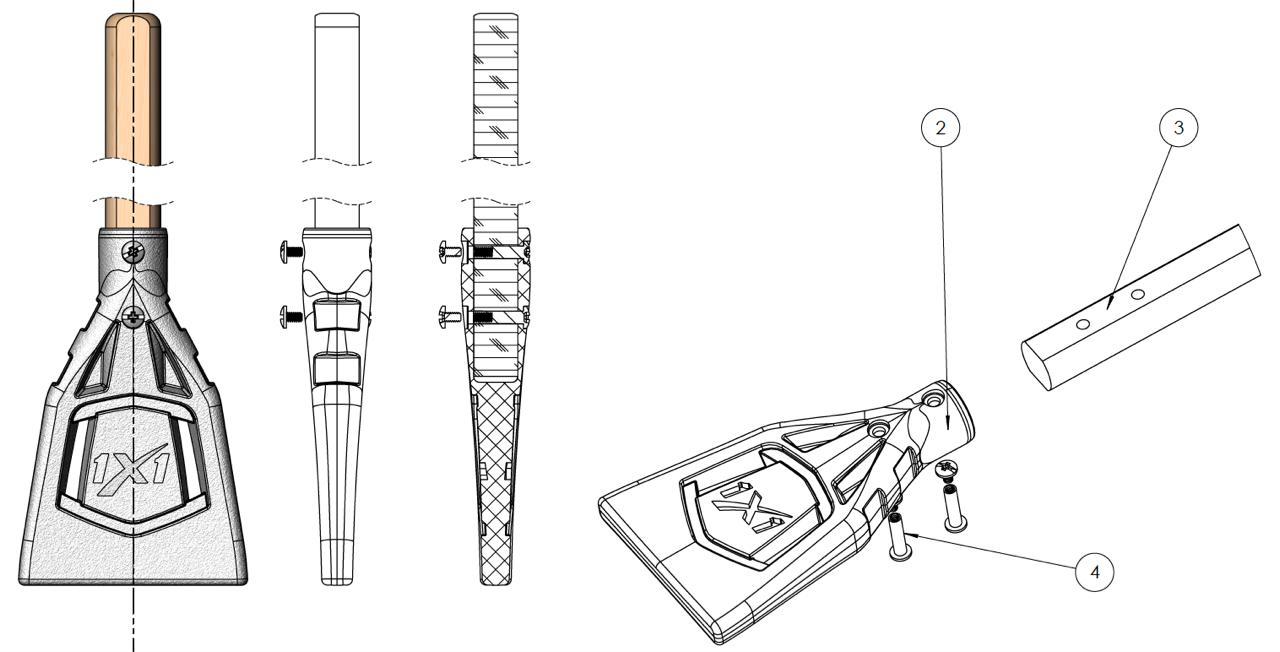